I enhanced my formation at the C.G. Jung Institute by training with Marion Woodman. In her intensive workshops I directly experienced the relation between body and psyche. My approach is a synthesis of Carl Jung’s and Marion Woodman’s teachings. 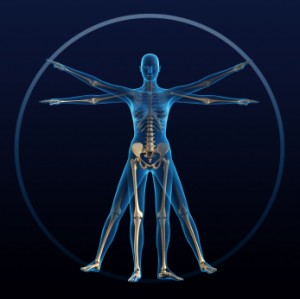 In my practice, I work body/psyche interrelationships by focusing on:

Since an interdependent correspondence exists between the body, the unconscious and the conscious psyche, what happens to one affects the other and vice versa. This interrelationship is most immediately apparent in psychosomatic illnesses, the source of which is often unresolved unconscious conflicts.

When a pain, conflict or stress is present in the unconscious and we do not become conscious of it, it can manifest itself in the body; in other words, it somatises. In our materialistic society, we easily forget or ignore the fact that our matter is animated by a “living being.” Only the somatisation retains our attention.

Almost always, we believe that illness is something bad, that it comes from outside, that it is meaningless. But what if an illness were not due to outside forces beyond our control? What if, as Jung believed, an illness had a deep psychological meaning?

A symptom is a visible manifestation that something is not functioning well in the totality of psychical and physical mechanisms. Every physical symptom has a psychological dimension: the manner in which our imagination perceives the symptom/disease.

If we look at a symptom as a symbol and if we understand what the symbol means and how it works, then it is possible to find an image, a perception, a feeling, and/or words that correspond to the mental pattern stored in the unconscious.

That discovery can make possible a conscious correction, because images, feelings, intuitions and other perceptions carry energy. Moreover, the deep emotional experience created by a symbol’s transformative power can open the door to healing.

My experience in dance and Hatha yoga taught me that the body can be a superb tool to express and develop the “living being.” What goes on inside and is expressed outside becomes a breathing, dancing, incarnated soul.