Home › The Dream › On Dreaming

Dreaming is a natural activity of the psyche that takes place during sleep. While we are asleep the body rests and refills itself with energy.

Jung hypothesized that dreams are not produced by the cortex, which is inactive during sleep, but by the sympathetic nervous system which functions at all times. His position was later confirmed by scientific research.

Sleep is a response to natural cycles of the brain’s activity, and is composed of two physiological phases: 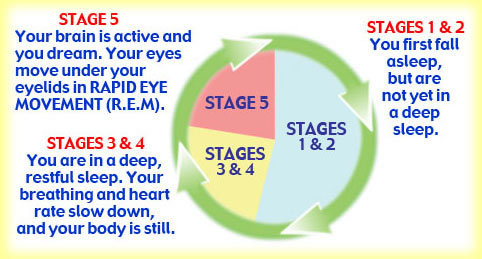 The dream is a vital phenomenon whose roots originate in deep physiological processes that remain unexplained. We do not know how a dream penetrates consciousness or how unconscious elements are translated into dreams. We know only the images contained in dreams resulting from these unknown processes.

As explained in “About Neuroscience,” the brain not only thinks in images, it also synthesizes information it receives. In the vast majority of cases, it is simply impossible for the ego to process logically what the brain produces. That is why it is exceedingly difficult for the ego to understand the meaning of a dream.

Some say: “I never dream,” but that is incorrect. Because dreaming is a spontaneous activity of the psyche, every human being has dreams even if the dreamer does not remember them.